In Lincoln’s Ten Sentences, Michael examines the Gettysburg Address—a document of only ten sentences—and introduces readers to accomplished poet Abraham Lincoln and his use of detail, his controlled use of sound and meter, his repetition of key words, and his strategic grammar and vocabulary.

Four months after the Battle of Gettysburg, on that bloody battleground, a solemn ceremony was held to dedicate for the National Soldiers’ Cemetery the seventeen acres where Confederate and Union soldiers had fought and lost their lives in the battle that decided the unity of the United States. The North’s most scholarly and illustrious orator, Edward Everett, was to give the major address, sharing the platform with Abraham Lincoln, sixteenth President of the United States, who had been invited to set apart the grounds formally for their sacred use “by a few appropriate remarks after the oration.”

Compared to the esteemed Everett, the press had been portraying Lincoln as a “baboon” and as having an “untutored” mind. In fact, Lincoln’s formal education totaled only one year.

Lincoln’s address lasted somewhat more than a minute. He used only ten sentences, 267 words. Although it was not a poem, he used poetic devices to increase the power of his words. So perfect was Lincoln’s speech that the great orator Everett, who was a past U.S. Senator, President of Harvard, and Phi Beta Kappa poet, requested a copy of it from Lincoln, saying, “I should be glad if I could flatter myself that I came as near to the central idea of the occasion in two hours as you did in two minutes.”

In Lincoln’s Ten Sentences, Michael thoroughly explicates the noble Gettysburg Address and introduces readers to accomplished poet Abraham Lincoln and his use of detail, his controlled use of sound and meter, his repetition of key words, and his strategic grammar, vocabulary, and diction.

This book has an accompanying teacher manual. (See below.) 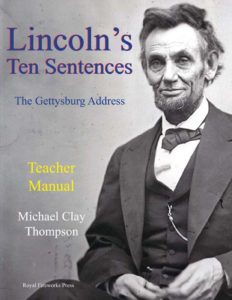 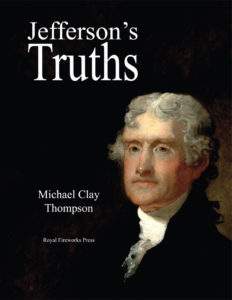 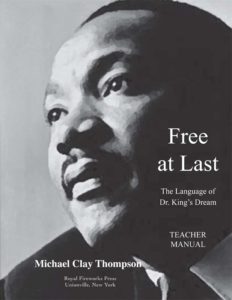 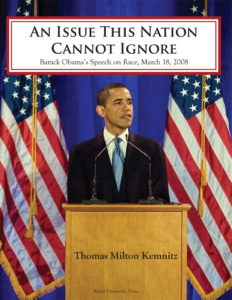