Michael Thal grew up on Long Island in the suburbs of New York City. After graduating from the University of Buffalo, he earned his master’s degree in education at Washington University, St. Louis. He moved to Los Angeles and continued his education, earning another master’s degree in reading. He became a teacher but was forced to resign when he suffered sudden acute hearing loss. However, he channeled that experience into his writing, crafting a revealing story about deafness. 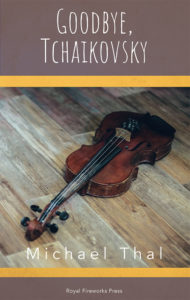