The books in the Hand Talk series introduce children to American Sign Language (ASL) through fun stories about a character named Reni. Children learn alongside Reni; additionally, the back half of each book contains specific instructions for making each sign in the book, as well as photos and QR codes that link to videos of the author signing each word or phrase. The books in the Hand Talk series, by author Barbara Champion, introduce children to American Sign Language (ASL) in a way that enables them to understand that being unable to communicate orally is a frustration that can be overcome. Children can read about the fun and ornery character of Reni, a boy who is both spirited and vulnerable because of his fears about not being able to be understood. Children learn alongside Reni; the back half of each book contains s throupecific written instructions for making each sign in the book, as well as photos and QR codes that link to videos of the author signing each word or phrase.

While the books are certainly helpful for deaf or hard-of-hearing children and those around them, they also teach valuable nonverbal communication skills to special-needs children, minimally verbal children, and very young children, as well as their parents, teachers, caregivers, and anyone else who engages with a child who struggles with spoken language. They are also a fun way to learn the basics of sign language for those kids who would like to learn a new skill.

Author Barbara Champion‘s students include those who are deaf/hard of hearing, nonverbal, autistic, and those with special needs such as cerebral palsy, Down syndrome, and others. She says: “All of these children have benefited from learning to communicate with sign language. In fact, some of these kids had no language at all before they came into our program and are now able to communicate their feelings, needs, and imagination.” 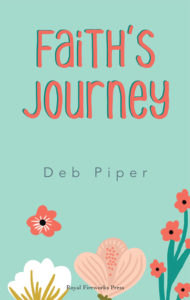