Home / Bookstore / Peter Cooper’s Horse and a Half Peter Cooper’s Horse and a Half

Men on Iron Horses, Part One

Peter Cooper knew two things for certain about his homemade little steam engine. First, he knew that it wasn’t big enough or strong enough to carry more than a few passengers from place to place. And second, he knew that the problems he had with it weren’t nearly as important as what it would mean for the future, when locomotives could be made by people who could build them bigger and better than he could. All he had to do was show people what his new iron horse could do. 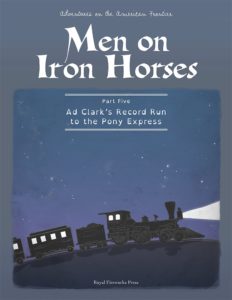