The stories in this comprehensive series delve deeply into the various methods of early American water travel, from the first simple flatboats and keelboats to the steamboats that soon dominated the transportation industry.

FREE SHIPPING on all prepaid orders! When you purchase the Pioneers on the Early Waterways Dyslexia Series set, you can add any other books at the same time and qualify for free shipping on the entire order (in the domestic U.S. only). The rivers and lakes were the first highways of America. When the country was young, and roads had not yet been cut across the great swaths of wilderness, people could travel over the waterways faster and more efficiently than just about any other way. The first boats to carry people and goods were simple flatboats, but those could only go downstream, for they were too cumbersome to be moved against a current before the advent of the engine. Those were soon joined by keelboats, which were sleeker and could be poled or pulled upriver, although the effort to do so was often substantial.

The invention of the steam engine changed utterly the way in which passengers and freight were moved from place to place in this country. Creative and adventurous men began building boats that could be powered by steam, and steamboats began carrying loads of people and goods both down and up the rivers in much less time and with a fraction of the effort than any other boat had been able to do.

But the first steamboats were, frankly, dangerous, and it took a great deal of innovation to improve them and to make them the floating palaces that they ultimately evolved to become. Their use expanded from the major rivers to the Great Lakes and then, as they were further refined, into the smaller rivers as well. In fact, they were so useful that the U.S. government had a network of canals cut across parts of the eastern half of the country so that canalboats could do the same work in other areas—but without the necessity of fighting a current.

Even so, the Golden Age of the steamboat did not last long, for the technology that was powering them was powering something else as well. Steam locomotives were chugging their way across the country, and it wasn’t long before tracks were laid down in areas that steamboats were unable to reach. Both steamboats and locomotives played critical roles in the fighting of the Civil War, but when the war ended, the locomotive had nosed its way past the systems of river transport, and the glory days of the steamboat ended. But the part it had played in opening the country was instrumental in the formation of the United States as we know it today.

This is a comprehensive ten-part series that explores all the ways in which early Americans used the country’s waterways to get people and goods from one place to another, including by flatboat, keelboat, canalboat, and steamboat. These books are printed in a special dyslexia-friendly font that makes them easier for some children with visual processing problems to read. A special feature of the books is that each two-page spread contains a QR code that links to audio of the book being narrated. Children can listen and follow along to help them learn the words that they are seeing.

The Pioneers on the Early Waterways Dyslexia Series offers a way for children with reading difficulties to enjoy reading and American history in a rare and wonderfully accessible combination that they will treasure for years to come. 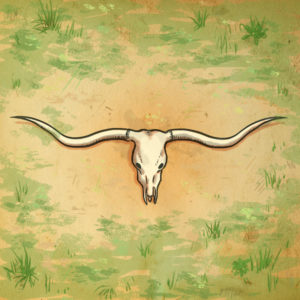