Home / Bookstore / Growing Up as a Greek-American John Kallas was born in America in 1922 to Greek parents who had immigrated to the United States not long before. With humor and sensitivity, his stories accurately illustrate the immigrant experience of life in Greek-American households across the country as families worked to bridge the divide between two very different cultures.

John Kallas was born in America in 1922 to Greek parents who had immigrated to the United States not long before. His father was a storyteller, and John carries on that tradition in this book, which artfully describes what being a Greek-American in the twentieth century was like. The stories are warm, funny, loving, and accurate. They are about John’s parents and siblings, his childhood in the Greek neighborhood of Newark, New Jersey, his school experiences, his time serving in the Army during World War II, his visit as an adult to his parents’ villages in Greece, and more. This is life as it was lived in Greek-American households across the country as families bridged the divide between two very different cultures. They are the challenges and triumphs of a strong people in a land where diversity was not always welcome.

Although author John Kallas could not speak a word of English when he entered kindergarten, he worked hard and eventually earn both an M.A. and a Ph.D. He knew well the immigrant experience, and he shares it in this book in a way that brings it to life and makes it real. These are stories that readers will carry with them and that will help them to appreciate the beautiful, quirky, friendly, hard-working people who are the Greeks and the Greek-Americans. 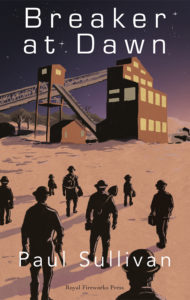