Home / Bookstore / Out of Sync: Essays on Giftedness 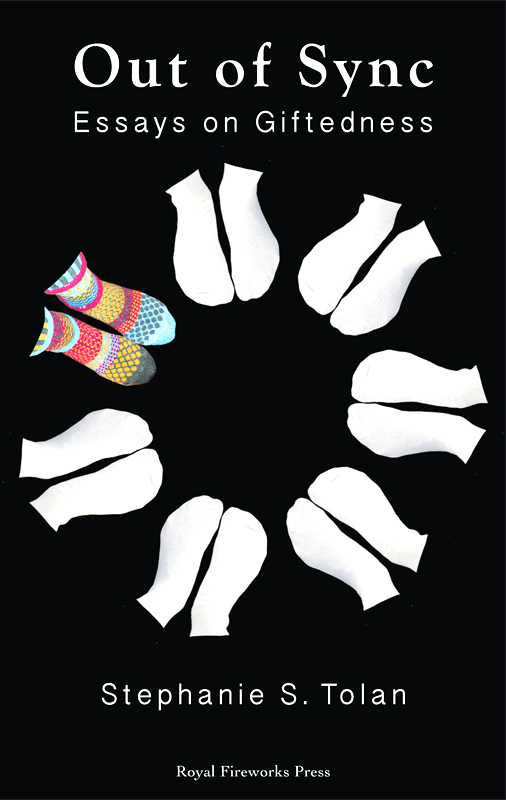 Out of Sync: Essays on Giftedness

Stephanie Tolan set out to help her highly gifted son have a school experience that matched his intellectual ability and pace of learning. In the process, she became an advocate for gifted children and has played a major part in reshaping thinking about giftedness itself. This book is a collection of her essays and talks that are now part of the fabric of the most advanced thinking about gifted people.

Stephanie S. Tolan set out as a concerned mother to help her highly gifted son have a school experience that matched his intellectual ability and pace of learning. In the process, she became an advocate for gifted children and, as a founding member of the Columbus Group, has played a major part in reshaping thinking about giftedness itself.

Her essay “Is It a Cheetah?” is justly renowned for its power and worldwide influence. Other essays deal with spirituality, the problem of pain, self-esteem and the gifted adult, imagination, and intuition.

Here, collected for the first time, are her essays and talks that are now part of the fabric of the most advanced thinking about gifted people.

From the introduction: “For more than 30 years now, I’ve written and spoken about the difficulties this rare population of kids and their families face in a world that doesn’t recognize their differences or—if it does—offers little to help them accept and cope with, let alone take joy in, those differences. It can still be difficult for such a child to think or believe, ‘It’s okay to be me.’”

The author goes on to say: “In this volume I’ve collected many of the articles and essays I’ve written about the gifted and highly gifted precisely because (in spite of the enormous changes in the world: computers, internet, wi-fi, social media, the legalization of home schooling, the invention of charter schools, and the veritable explosion of information—and arguments—about the gifted)…, children and families still face the same basic challenges.”

Stephanie S. Tolan has been named a SENG Educator of the Year and a North Carolina Gifted Association Outstanding Parent of the Year.

“I highly recommend Stephanie S. Tolan’s latest nonfiction book Out of Sync: Essays on Giftedness (2016). Although I’d read many of her essays in the past, when this book arrived in my mailbox, I couldn’t stop reading. The book includes essays I’ve long loved, along with some I missed meeting over the years. The book differs from other books about the gifted experience because Stephanie not only provides us with thought-provoking knowledge; she also poignantly shares how that knowledge has affected her personally. Stephanie provides us with information, but more importantly, she provides us with a model of how we might integrate evolving knowledge about giftedness into our own belief systems. I love the respectful, inclusive, and clear nature of her writing. The book is true gem!”  – Wenda Sheard, J.D., Ph.D., emeritus board member and past-president of SENG

“What a pleasure it is to have Stephanie Tolan’s essays on giftedness gathered together in one volume! Several of them I have read before, and to return to them from the perspective of decades in the field brings fresh insight. The pleasure continues as I read unfamiliar pieces. As words leap off the pages, I find myself nodding in understanding, feel a catch in my breath as I encounter new discernment, and shriek with delight when an intuitive belief I held for so long comes to be explicit through Stephanie’s clear and perceptive words. Some readers will want to read and reflect on the content essay by essay. Others will read through it in one or two sittings. Either way, these are valuable gems in the canon of giftedness. Treasure them.”  – Joy L. Navan, Ph.D., consultant in gifted education Off the Charts: Asynchrony and the Gifted Child Embracing the Whole Gifted Self 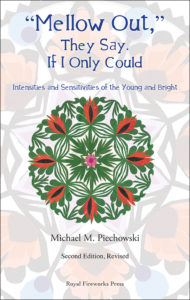 "Mellow Out," They Say. If I Only Could The Essential Guidebook for Parents of Gifted Children