The Glorious Genius of Gilbert O’Shay

Gilbert O’Shay is a genius, but he’s incredibly socially inept, and he’s mercilessly persecuted for his eccentric appearance and character. So it’s a shock to the entire school when he shows up at the school dance with a beautiful date on his arm. But Charlie has discovered his secret—and his hilarious project for getting even with the bullies.

Charlie’s friends come in all shapes and sizes, but rarely does one look like Gilbert O’Shay. Gilbert is the quintessential nerd—and unabashedly so. His clothes, his manner, his voice, and his startling genius all advertise how different he is from his classmates, who tease him ruthlessly for it. But Gilbert is a fascinating individual, and he comes from an equally fascinating family, and he quickly becomes Charlie’s best friend, which surprises even Charlie. However, the atmosphere at their school is one of pettiness and ridicule, and Charlie is grateful for Gilbert’s friendship—and impressed at his ability to weather the insults lobbed against him without flinching.

The reason that Gilbert’s sense of self is so strong, it turns out, is that he’s brilliant enough to have an ace up his sleeve. He knows who he is and what he’s capable of, and he understands, even in high school, that his differences are what will enable him to succeed in life. He has an idea for a project that he keeps secret from even Charlie, and when he reveals his creation to his classmates, it creates a thunderclap in the student body. Gilbert gets to do the proverbial mic-drop, and it’s something that nobody in the town will ever forget.

But even after that, there’s another twist, and Charlie can’t help but relish it all when Gilbert brings him in on the fun. Oh, the glorious genius of Gilbert O’Shay!

Note: This book was originally titled His Date for the Dance. It has been retitled for the revised edition.

“So much of being bullied stems from not being able to take control of the situation, and students feel helpless and frustrated. In a book like this, students begin to realize there are options and solutions, but they must be a part of that process. There is more than one way to take control, and often humor is the the best medicine. This is a book about kids and for kids in today’s world, where we all need a little help from our friends.” – Robert Bier, reading specialist, former teacher

“…a fine read not to be overlooked for younger readers.” – Midwest Book Review 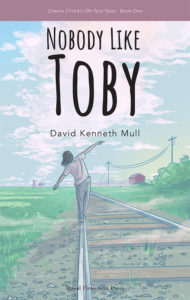 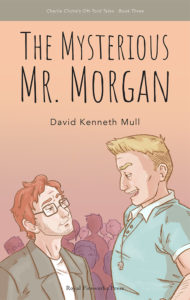 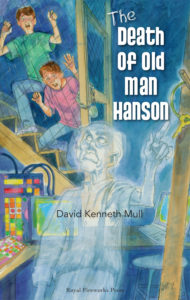