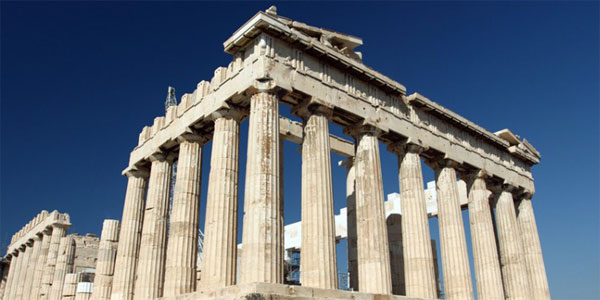 They are everything we want textbooks to be. They are as beautiful as we could make them. They have a clean appearance. They are uncluttered. The aesthetics of every two-page spread have been considered and evaluated. The photographs, maps, and other illustrative materials have been manipulated to give the clearest images. Every part of the books has been considered for its pleasing countenance.

Beauty has not been bound by the eye of the beholder; it is in the ear of the hearer. English sings in these editions. The poems that Michael Clay Thompson has written for these volumes will delight students and adults alike.

The structure of these editions does double duty and then doubles that. First, the content is traditionally structured into twenty language lessons, each layered with reinforcing activities like lapping waves. Second, the underlying structure is grammar-based, designed to reinforce the grammar underpinnings of the entire curriculum. Each quarter of these editions relates the vocabulary to one of the four levels of grammar analysis. Vocabulary is not simply words; it is the use of words in place, and that place is grammar. Furthermore, writing is ever-present, poetics form an appreciable part of each lesson, and literature is there, far more than children are going to see in any other vocabulary text and far more than they are going to comprehend fully at this age. But it is there so that they can begin to develop a familiarity with great writers, ancient and modern.

The primary pedagogic purpose of Caesar’s English is to teach vocabulary—the academic vocabulary that children will need to succeed in education and beyond that in professional life. Caesar’s English has always been capable of doing that beyond the reach of other texts. That has not prevented Michael from adding substantially to the language lessons to increase the depth of children’s comprehension. The books are replete with activities and language play, and the vocabulary is everywhere—in the poems and in the other content so that students can see it used.

And these editions have additional content designed to facilitate parents and teachers who are offering their children or students a classical education. Michael Clay Thompson has written a biographical essay of the life of Julius Caesar, which is presented in ten parts in the first volume. In addition to increasing substantially the discussion of the relationship between English and Spanish as two languages descended from Latin, Myriam Borges Thompson has written essays on Trajan, Hadrian, Marcus Aurelius, and the Iberian connection. I not only took the photographs that provide the visual foundation for these editions, but I have also added short essays on column styles that the Romans adopted from Greek architecture, on the Roman use of concrete in their buildings, roads, and fortifications, and more.

What makes these enhanced classical education editions special for all of us is that this is some of the best work we have ever done, and we do not believe that anyone else has come close to doing it this well.